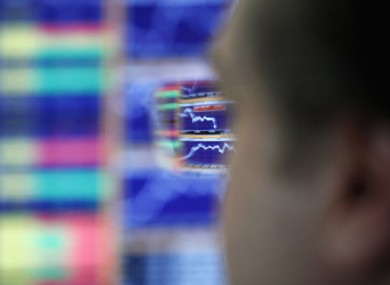 The theme of the Irish economic rehabilitation continues as the country has successfully staged an auction to sell long-term bonds to investors. This is the first time the island has been able to do such an operation since entering the EU-IMF program in November 2010. In total, €5.2bn was raised, with €4.19bn of that money coming entirely from new investors. It bodes well for the bailed-out nation as they exceed expectations as their target of returning to normal markets by 2013 looks set to be easily accomplished.

After a bond auction that went better than expected earlier in the month, the Irish National Treasury Management Agency (NTMA) were confident that a long-term auction would also pass without a problem. They were proven right as not only were the bonds easily sold, but more than 80% of investors were based abroad, displaying that not only has Ireland confidence in itself but so do the financial experts in foreign countries. The announcement came as a shock to the Irish people as this progress came much faster than expected, with Minster for Finance Michael Noonan describing it as a ”very welcome and positive development.” The bonds are set to mature in October 2017 and October 2020.

The only downside to the auction were the interest rates of 5.7% for the 2017 bonds and 6.1% for 2020 bonds. Although both marks are well clear of the danger mark of 7% which countries such as Spain and Italy are regularly hitting much to the worry of the markets, the rates of 5.7% and 6.1% are unsustainably high, especially for a country of Ireland’s small size.

However such high rates can be expected, particularly since Ireland is not yet in the clear as the eurozone crisis continues to drag on. But the fact that the Emerald Isle is progressing much faster than expected is most welcome given that they were not expected to be making such ambitious movements in the financial markets for at least another six months. In addition to this remarkable news, if the EU totally are serious about abandoning their policy of austerity and follow through with their idea of stimulus, Ireland can expect to be experiencing normal economic times in the near future.

Patrick Devaney is a second year student at the National University of Ireland, Galway where he is studying economics and political science.

Patrick was born in 1993 and during his childhood years, the Celtic Tiger ‘’boom’’ times were beginning to take off. The foundations of a society that lived lavishly and to great excess were being laid. Unfortunately, these foundations were built on quick sand and by 2007; the beginning of the end had begun. With decisions about his future looming as the problems escalated, Patrick made the choice of studying about what went wrong in my country: economically and politically. With both of his parents threatened with redundancies in the last few years, Patrick's own hopeless job searches and experiencing the day-to-day pressure of these austere times, he has lived through the hardest times we have known since the Great Depression – and we’re not even sure how much long this could possibly go on for. Through his blog on Inspired Economist, he hopes to be a voice for common sense and conscience in a time when so many economic decisions are ill-chosen for a variety of reasons to the detriment of the public.