With the new targets set last week between China and the United States, President Obama superseded the U.S. target of 17 percent reduction in emissions by 2020, made in Copenhagen in 2009. The new target reduction aims for 26-28 percent below 2005 levels by 2025, and aligned with a plan for reducing U.S. emissions by 80 percent by 2050. Is this feasible?

Decarbonising almost all energy generation by 2050 will require innovative, yet practical and cost-effective solutions. Fortunately, current innovation and technologies already have the potential to both bring down costs and make it easier to meet the new emission reduction targets. Recent decreases in the price of solar and wind energy are forcasted by the U.S. Energy Information Administration (EIA) to continue. Further technological innovation and economies of scale may also be significant accelerators.

Eduardo Porter, of NY Times’ Economic Scene, favors the EIA’s proposed Carbon Tax scheme. Starting at $25 next year, and rising 5 percent every year, the EIA estimates CO2 emissions from U.S. power plants would decline by 2040 to about one-fifth of current levels. CO2 emissions from total U.S. energy would drop 1.8 billion tons from where they are today, or to about 3.6 billion tons.

Porter points out that such a tax, according to economists’ analysis, offers the most effective strategy for motivating businesses and individuals to cut fossil fuel consumption and invest in renewable energy alternatives.

“A growing body of evidence finds that economic growth and tackling climate change can be achieved together … [There are] many real-world examples where sustained technological progress and public policies are creating opportunities to reduce greenhouse gas emissions, while delivering net economic benefits. In addition, a number of emerging new technologies could unlock even more opportunities to achieve reductions sooner and faster.”

According to Seeing Is Believing, emission reductions can be achieved without a carbon tax. The authors note that over 50 percent of the U.S. carbon footprint could be positively impacted by focusing on five specific areas of opportunity:

The report notes that most of these areas are covered in the Environmental Protection Agency’s proposed Clean Power Plan. And, in combination with the Obama administration’s  U.S. Climate Action Plan, as well as directives to both the EPA and the Transportation Department, all five areas of opportunity are effectively targeted.

However, global efforts to engineer the clean energy transformation are flagging, even in the face of increased availability of cost-effective, practical solutions. According to the International Energy Agency (IEA), clean energy technology deployment in developing nations has improved over the past year, making up for the industrialized world’s recent decline, but the overall level of progress is slack.

This less-than-impressive level of progress is described in the IEA report, Energy Technology Perspectives 2014 (ETP 2014). Offering a comprehensive, long-term analysis of trends in the energy sector, the ETP 2014 also reports on the technologies essential to achieving an affordable, secure, and low-carbon energy system.

Harnessing the Potential of Electricity

“Electricity is going to play a defining role in the first half of this century as the energy carrier that increasingly powers economic growth and development, said Director van der Hoeven. “While this offers many opportunities, it does not solve all our problems; indeed, it creates many new challenges.”

“We must get it right, but we’re on the wrong path at the moment,” she added. “Growing use of coal globally is overshadowing progress in renewable energy deployment, and the emissions intensity of the electricity system has not changed in 20 years despite some progress in some regions. A radical change of course at the global level is long overdue.”

The Rising Need for Carbon Capture and Storage

A large majority of today’s investment spending on energy, well over $1 trillion, is related to fossil fuels. This includes extracting and refining crude oil into oil products, and transporting products to consumers. It also includes building coal and gas-fired power plants.

Harnessing Electricity’s Potential recognizes the parallel trends of rapidly rising global electricity demand, and the rising need for carbon capture and storage. The overall share of total energy demand claimed by electricity has roughly doubled in the past 40 years. However, while electricity production accounts for a 40 percent share of primary energy, it also produces an equal share of energy-related CO2 emissions.

In addition, the IEA ETP 2014 points out several other important considerations for successful emissions reduction:

● The unrelenting rise in coal use without deployment of carbon capture and storage (CCS) is fundamentally incompatible with climate change objectives.

● Deployment of variable renewable energy (VRE) is growing, and in some cases becoming competitive. Experience shows that balancing VRE supply and patterns of energy demand must – and can – be actively managed.

● Natural gas can, in the short-term, play a dual role of replacing coal and supporting integration of VRE. But in the medium to longer term, gas must be seen for what it is: a transitional fuel, not a low-carbon solution unless it is coupled with CCS.

● Electricity storage can play multiple roles in an integrated system, as can other technologies with which it must compete. Contrary to many other voices, ETP analysis finds that electricity storage alone is not an indispensable game changer for the future energy system.

● Electricity could be the key to weaning the transportation sector off its oil addiction, but not all regions are at the same level of readiness to take that leap.

Rounding out the analysis, the ETP 2014 presents three scenarios to show how electricity production and use, in particular, and the global energy system in general, could transform from now till 2050. In all three scenarios, the IEA forecasts that electricity’s future share of the energy system will grow faster than other sources.

“The Longer We Wait, the More Expensive it Becomes”

The ETP 2014 finds that a further investment of $44 trillion is needed to secure a clean energy future by 2050. The authors point out that this represents only a small fraction of global GDP. Further, this investment would be offset by over $115 trillion in fuel savings.

The new estimate of $44 trillion is an increase from $36 trillion in IEA’s previous ETP analysis. IEA reiterates their familiar warning over this, that it proves something they have been saying all along: “The longer we wait, the more expensive it becomes to transform our energy system.”

IEA points out that attracting capital investments are the key to financing the clean energy transition. However, in spite of lower operating costs, higher capital costs of low-carbon technologies will mean that investors will want support to offset their exposure to a shift in risk profiles.

Government and industry decision-makers utilizing the ETP 2014 are informed of new opportunities for enhancing the reliability, efficiency, and security of the energy system. Opportunities are also outlined for reducing the cost of required infrastructure, and for decarbonising the overall energy supply in line with required targets.

ETP 2014 likewise offers a critical warning that the decision-making process needs to be revised. Identifying and resolving all of the challenges to a clean energy system requires abandoning the short-term, narrow-sighted attitudes, and deal-breaking behaviors of the past. ETP 2014 recommends that a longer-term systems approach identifying synergies within all sectors of the energy system will be needed to plot and stay the course through the heavy seas ahead.

However, according to the latest from Bloomberg New Energy Finance, decision-maker deal-breaking behavior is already on the agenda. Noting that Obama is widely expected to sidestep Congress by relying on regulatory agencies like the EPA to implement the cuts, BNEF points out that Republicans have promised to undo Obama’s actions:

“This deal is a non-binding charade,” Jim Inhofe, senior member of the Senate Environment and Public Works Committee, and an Oklahoma Republican, said in a statement. “As we enter a new Congress, I will do everything in my power to rein in and shed light on the EPA’s unchecked regulations.”

Better batten down the hatches, the heavy seas are rising. 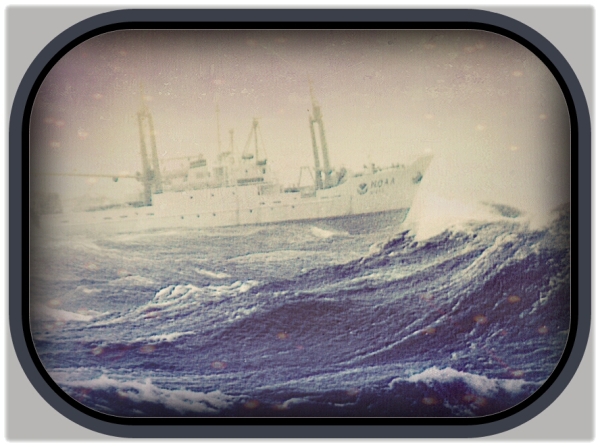